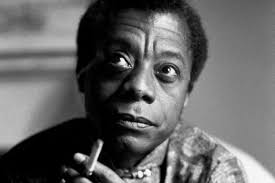 It is undeniable that Sonny’s Blues is purposefully ambiguous in its title: it is about music and his sorrows. Sonny’s blues are little brother’s blues. In a way, in our own lives, we always have some “older brother”: someone looming over us telling us what to do or shitting on our dreams as a form of love out of “what’s best for us” (exactly what are you going to do with that “Art” degree?).

Sonny mopes around the house wanting to drop out of school to become a musician. his father isn’t having it, probably for witnessing his own brother’s death. His own brother (sonny’s uncle) was flattened, reduced to wood, “blood, and pulp.” The wood was his guitar. Walking in the moonlight, Sonny’s uncle (a teenager at the time) was run overr by drunk drivers, drunk enough to want to scare him, too drunk to swerve out of the way, white enough to keep driving. Sonny’s father wouldn’t let this happen again, not on his watch.

Oddly enough, the story is told in first person narrative through Sonny’s unnamed older brother (who I shall now refer to as OB). OB is as clueless as he is stable (clueless therefore stable?). He’s so far out of the loop but it’s safe there because in the loop of Harlem, is darkness, Baldwin writes. In the loop there is the cycle, and the cycle affects everyone; the wisest way it was put was through Sonny’s mama: “It aint a question of [Sonny] being a good boy or his having good sense. It ain’t only the badness, not yet the dumb ones that get sucked under.” Why is it that we want maximum punishment for those who have wronged us and that we want minimum punishment (and maximum empathy) for those who we have wronged? END_OF_DOCUMENT_TOKEN_TO_BE_REPLACED